Pork seems to be a New Year’s Day go-to for many. You can’t go wrong with Boston butt or picnic shoulder, remarkably forgiving cuts that render magnificent, falling-apart tender meat, whether smoked on a grill or roasted for hours in the oven. Pork chops are another winner. I’m a big fan of Atlanta chef Anne Quatrano’s Browned Pork Chops with Tomato Gravy. Fried in bacon fat, finished in the oven, smothered in tomatoes and served with the actual bacon crumbled on top, the chops are country cooking at its finest, elegant enough for company, too.

Tomatoes and spice are a good way to perk up food that pairs well with rice. You can find many examples scattered throughout the African diaspora, from the American South to the Caribbean to Brazil. 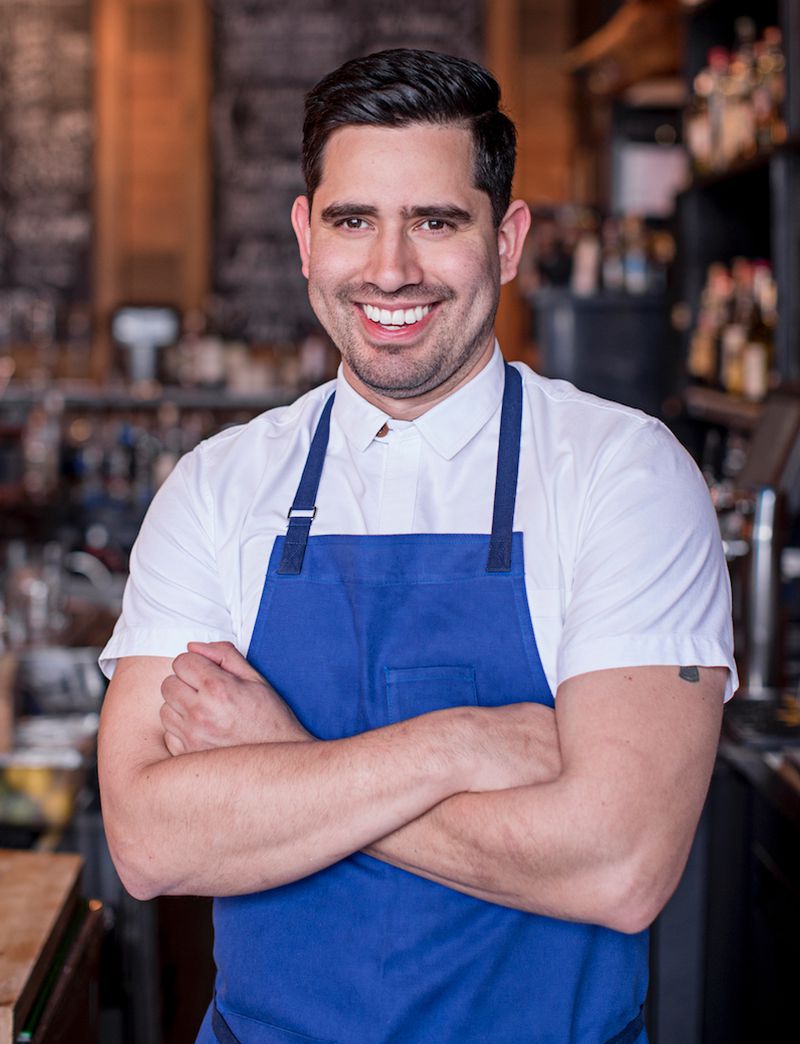 Raul Dominguez, the executive chef at Bar Mercado at Krog Street Market, makes an exquisite ropa vieja, the classic Cuban dish of shredded beef with a name that translates, appropriately, as “old clothes.” For his elevated version, Dominguez braises short ribs in wine from Rioja, Spain. When I asked for a recipe to cook at home, he suggested chuck flap, a less expensive cut that pulls apart nicely after a long braise. If you have time, make Dominguez’s ropa the day before; it’s better after a night’s rest in the fridge.

ExploreA classy welcome for 2020: Ring in the new year with this festive and easy holiday menu

As I researched this story, I found many wonderful ideas in Marcus Samuelsson’s new cookbook, “The Rise: Black Cooks and the Soul of American Food” (Little Brown, $38), in which the celebrity chef pays tribute to Black cooks that make America great. I’m intrigued by his Coconut Fried Chicken with Sweet Hot Sauce and Platanos; Shrimp Fritters with Bitter Greens and Grapefruit; Country-Style Spare Ribs with Pickled Greens Slaw; Good Vibes Curry Goat; and Fish Cakes with Birmingham Greens Salad. (The latter is a love letter to Mashama Bailey, executive chef and partner at the Grey in Savannah.) Note that some of these offerings include a green component, so you can check that off your eating agenda for the day. 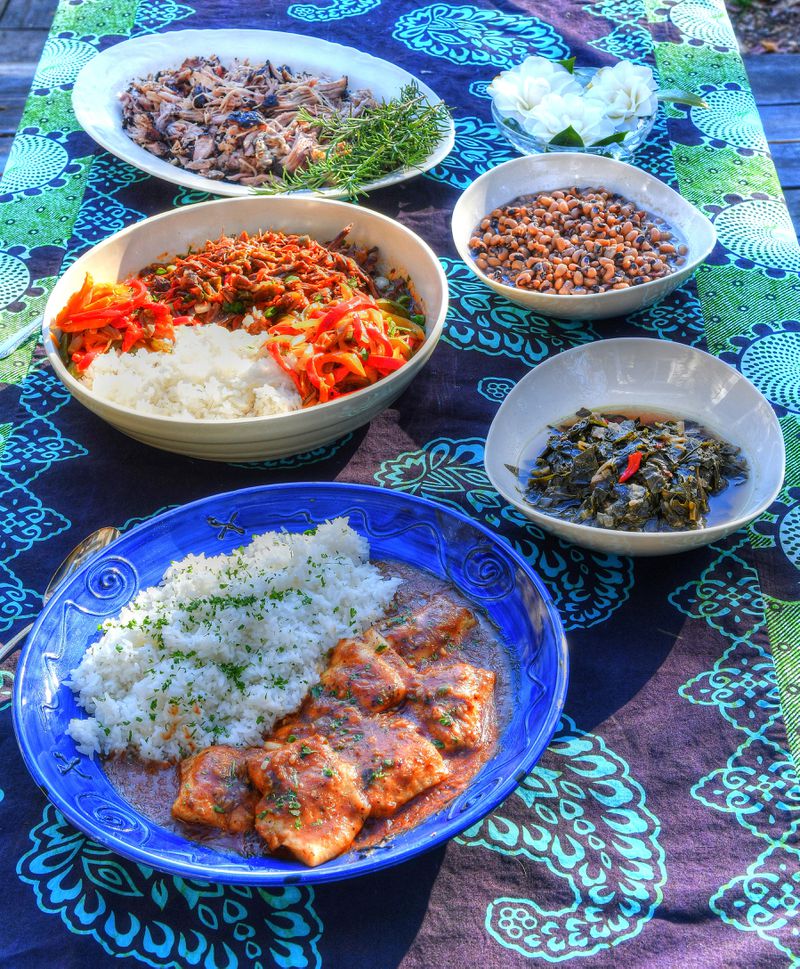 Now back to the ever-popular pork. A few years ago, I tried Erin French’s Slow-Roasted Pork Picnic Shoulder with Cinnamon & Rosemary. Turns out this Yankee chef from Maine knows from pig. I tested it again for this story; once more, it blew me away.

Here’s a superstition for you: Savor good food on New Year’s Day, and you’ll eat well all year long. I just made that up. But I bet Mama would approve.

New Year’s rituals are more about tradition and fun than logic and expectation. Traditional sides include collards, black-eye peas and cornbread. 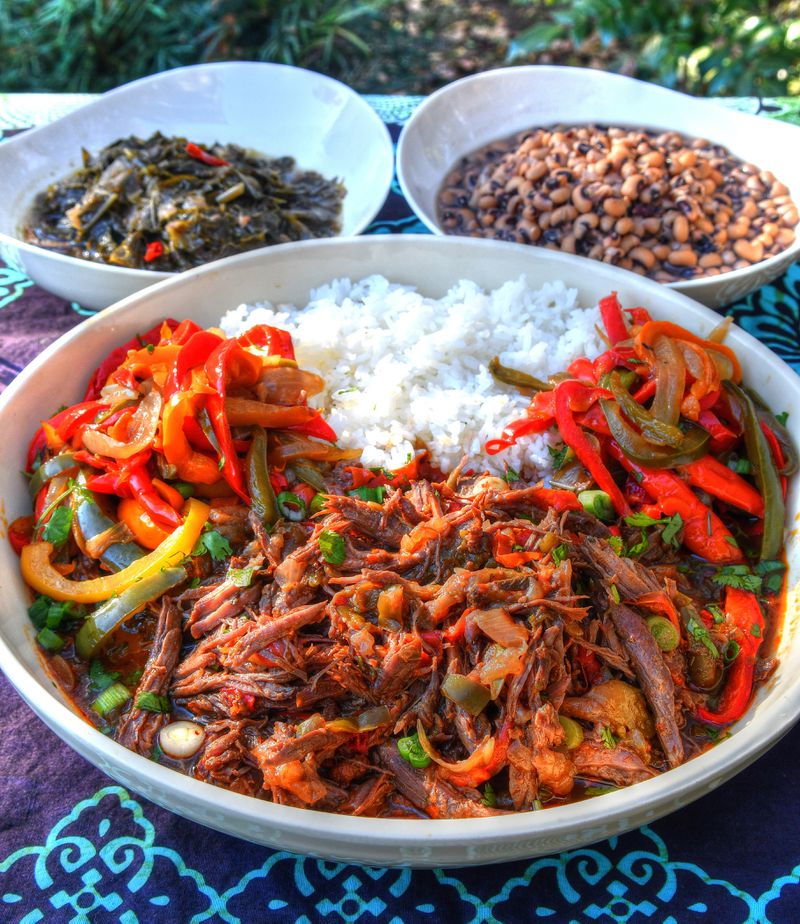 Raul Dominguez, the executive chef at Atlanta’s Bar Mercado, makes an exquisite ropa vieja, the classic Cuban dish of shredded beef with a name that translates, appropriately, as “old clothes.” For his elevated version, Dominguez braises short rib in Rioja wine from Spain. When we asked for a recipe to make at home, he suggested chuck flap, a less expensive cut that shreds nicely after a long braise. (Styling by Wendell Brock / Chris Hunt for the AJC)

Dominguez, the executive chef at Bar Mercado, serves his ropa with black beans, rice and fried yucca. For New Year’s Day, we’ll go with rice, black-eyed peas and a pot of collards. For a colorful presentation, Dominguez suggests sauteing sliced onions and peppers, and adding that to the platter. That’s an extra step that may not be necessary, considering how the ropa shines on its own. 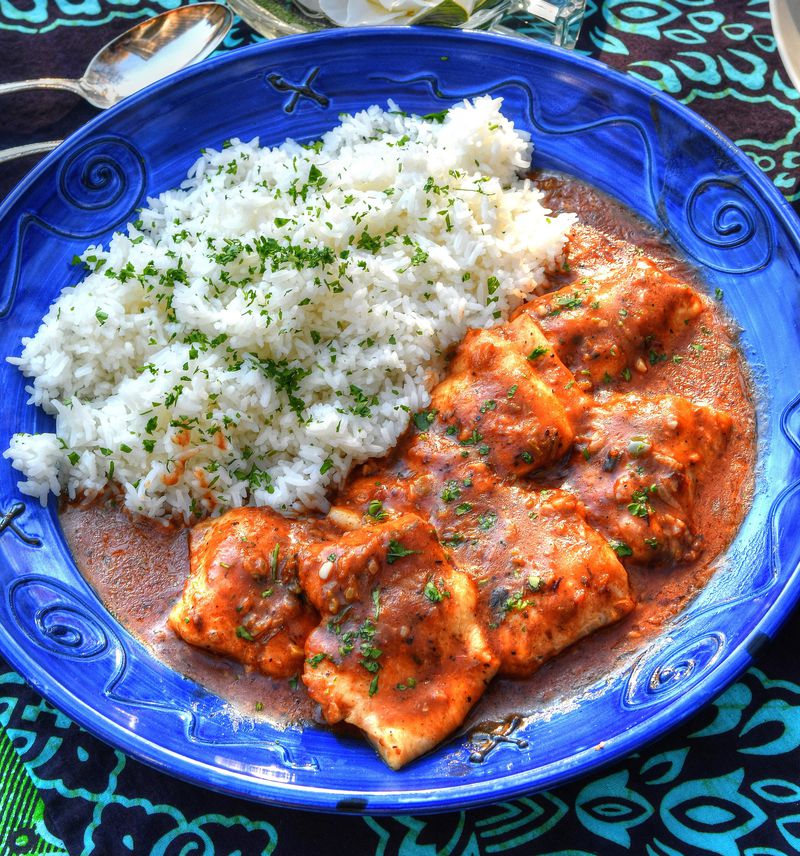 This Catfish Étouffée is from Toni Tipton-Martin’s “Jubilee: Recipes From Two Centuries of African American Cooking” (Clarkson Potter). The dish makes for an excellent main course to pair with traditional New Year’s Day fare of greens and black-eyed peas. (Styling by Wendell Brock / Chris Hunt for the AJC)

Louisiana’s étouffées are traditionally made with shellfish, but Tipton-Martin opts for catfish smother-fried in a rich, buttery, somewhat spicy gravy. Serve with rice or grits. 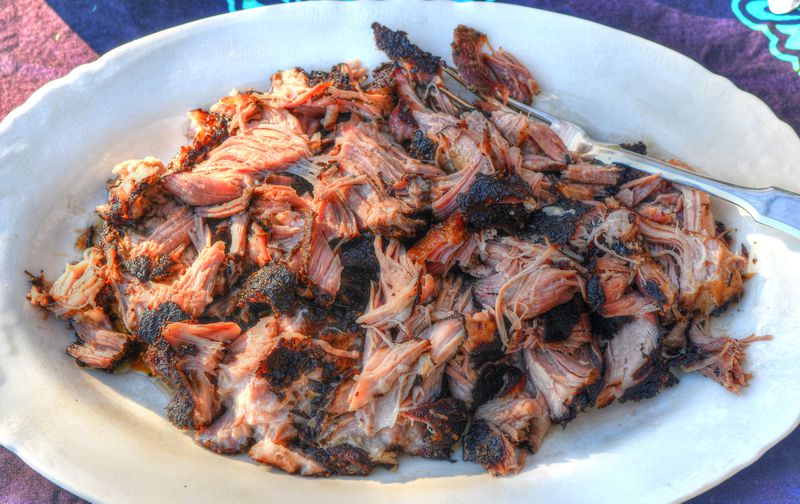 Chef Erin French runs the Lost Kitchen in her hometown of Freedom, Maine. We love her Slow-Roasted Pork Picnic Shoulder with Cinnamon & Rosemary, from her cookbook, “The Lost Kitchen: Recipes and a Good Life Found in Freedom, Maine” (Clarkson Potter). Cooked for five hours, the meat comes out ultra-tender, and the spice rub gives it a nice crusty bark. It’s a super simple recipe, but you’ll need to get started the day before, coating the pork with the rub and refrigerating overnight. We used boneless Boston butt. (Styling by Wendell Brock / Chris Hunt for the AJC)

From the chef behind the Lost Kitchen in Freedom, Maine, this is a super-easy and somewhat surprising spin on roast pork. (It’s the cinnamon.) Cooked for five hours, the meat comes out ultra-tender, and the spice rub gives it a nice crusty bark. I used Boston butt, and the leftovers made fantastic tacos. One note: You’ll need to plan in advance. The recipe calls for coating the pork with the spice rub to marinate overnight.

Adapted from “The Lost Kitchen: Recipes and a Good Life Found in Freedom, Maine” by Erin French (Clarkson Potter, $32.50).

Grilled Pork Tenderloin – Or Whatever You Do